The possessions and their role in the history of Mallorca

Each possessió was like a microcosm that united and reproduced a social system based on the rural social structure that is characteristic of the period between the 13th and the 20th century. Furthermore, on each possessió we find, on the one hand, the houses and auxiliary buildings that made up the nerve centre of the estate, and, on the other, the farming areas. Work on the possessions was dictated by the annual cycles and the passing of the seasons. During the harvest, many workers converged on the possessions, which led to the emergence of the customs and traditions that characterise us as a rural society (folklore, gastronomy, etc.).

The houses of the possessió were located away from the urban centres and in the middle of large stretches of land. As such, they were rather isolated and had to be self-sufficient. The production needs and dwelling requirements of those living in them were taken into consideration when they were built. The possessions of the Serra de Tramuntana were located among the rocks, offering a great view of the surrounding area. The possessions in flatter areas were built slightly higher than the croplands. Locations that were close to catchment basins, that had the best orientation to the sun and that offered, where possible, protection from strong winds were always sought. 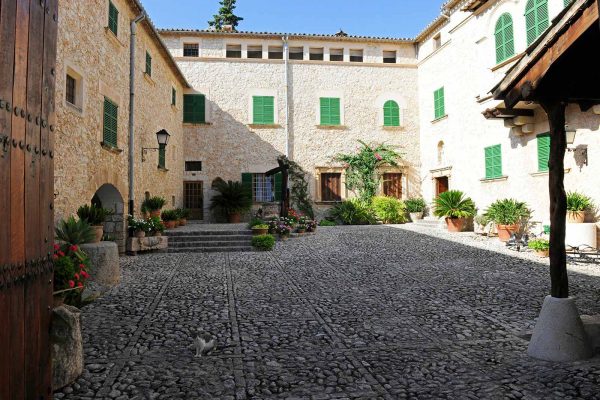 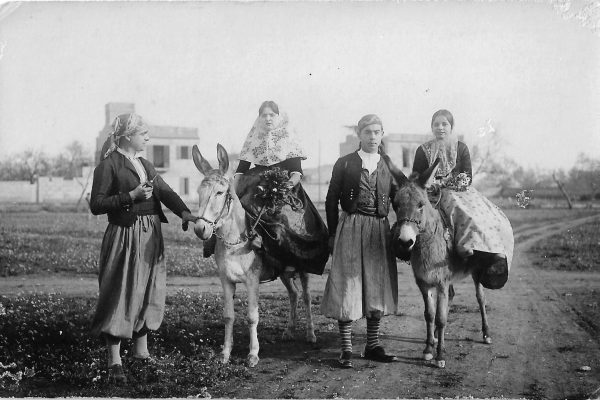 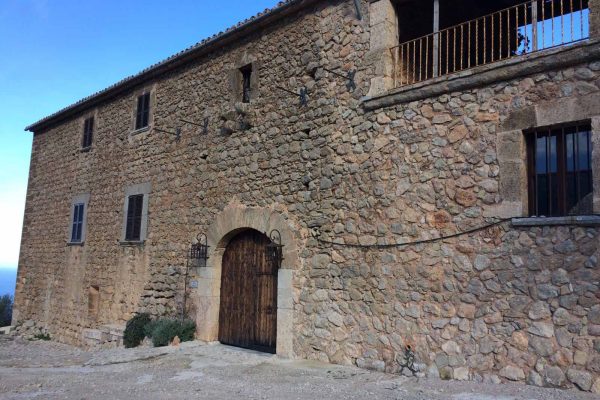 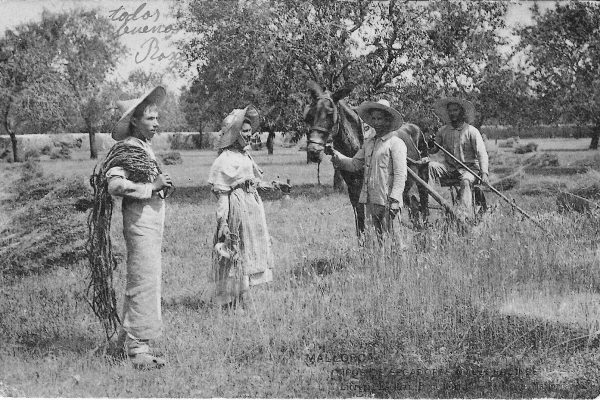 On the possessions of the Serra, hillside terraces were created to increase cropland. They also had a tafona (olive press) with which to produce oil using the traditional production system. The possessions on flatter areas were used to produce grain and wine. They had buildings for storing grain and wine cellars for housing large wine casks.

The exterior appearance of the main buildings of any possessió –built two to three stories high–, was almost always one of great simplicity. They are characterised by the use of imposing load-bearing walls that are predominantly bare without openings or decoration. In all of the houses of a possessió, we find a room for the amo (farm manager) and a clastra (central courtyard), a space created due to the need for a workplace and a defensive enclosure.

RETURN TO THE PREVIOUS PAGE •
Menu